“Anahu” is another variety I trialed in the steamy summer heat. Anahu is a tomato with an important historical significance, especially for those of us who grow in hot/humid/disease and insect-riddled conditions. The variety was developed and released around 1955 by the University of Hawaii. I found a descriptive passage that I would like to quote, “By utilizing one of the island varieties, Molokai, and through further crossing, he developed the important variety Anahu in the 1955’s, the first commercial variety to combine resistance to Spotted Wilt, Gray Leaf Spot, Fusarium Wilt and Root-Knot Nematodes. Anahu was also a source of Spider Mite resistance utilized by the USDA to develop large-fruited processing tomatoes. This was a major contribution to the national effort in developing multiple disease resistance in a commercial tomato, especially Root-knot Nematode resistance. Anahu won major accolades in trials throughout the southern states and was the basis for incorporating nematode resistance. Today, many commercial nematode-resistant tomato varieties can trace their genealogy back to Anahu, including Celebrity, an All-American Awards selection with multiple disease resistance.” So you can see that this was where it all began for many of us who seek that elusive all-purpose/freezer-filling/canning/fresh-eating salad mater which grows in difficult conditions. In my trial, the fruits of Anahu were not quite as sweet or as large as Healani; however, they were certainly prolific and very tasty. It is a determinate plant and grew well in a 7 gallon black nursery pot. In an area where growing tomatoes is, as they say, “a crapshoot” (a risky or uncertain endeavor), it is important to have a few varieties that you can depend on for food. Anahu is one of these. 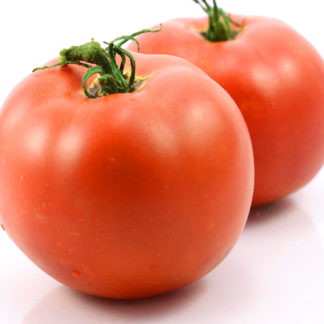